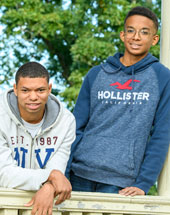 These fun loving, sports enthusiast siblings have so much love to offer to a family. If you are a football or basketball fan, you may want to hear more. These two boys live and breathe these sports. Whether playing themselves or watching on television, these boys are in tuned to all of the ins and outs. For football, there is no other team they’d consider rooting for besides the New England Patriots. These boys have even been able to attend a game at Gillette Stadium and both own signed Julien Edelman jerseys! What fun! Edelman just happens to be their all-time favorite player. If given the opportunity to play professionally, Dayvon would hands down choose to play for New England.

While football serves as their favorite sport, basketball comes in with a close second. Dayvon is inspired by the Lakers, due to the influences of Kobe Bryant, Shaquille O’Neal, and Magic Johnson. However, Elijah is a die hard Celtics fan and has been since a young child. He dreams of being able to play for them someday.

When Dayvon and Elijah are not immersed in sports, one may find them playing a competitive game of Parcheesi or enthralled with all Netflix and Xbox have to offer. Their favorite movies to watch are horror and comedies, like The Boy, The Gridiron Gang, or The Longest Yard! The games of their choosing on Xbox include: Madden, NBA 2K, Call of Duty, and NHL Hockey! There are those sports again!

As adults, they both would like to give back to their community and country. Dayvon sees himself as committing to the military. He became pretty interested in doing this through watching documentaries about World War II and Afghanistan. He has a strong desire to be a part of protecting this country. While Dayvon’s may be on a national or global level, Elijah would like to stick to his community roots and become a police officer in the community that he grows up in.

A few things these boys would like people to know about them, in addition to sports and technology likes, include how they like to dress, their love of attending old fashioned Car Shows, and their connectedness to each other and their siblings. Elijah has a desire to be a sharp-dressed man, suit & tie and all, while Dayvon is eager to just match his clothes. Both are very into having “fly sneakers”, aka Jordans! These old souls really enjoy a night out on the town checking out antique cars as well! While all of these things are such amazing attributes for these boys, nothing compares to the love and the bond they have for each other and their other siblings. This cannot be broken! These boys have been separated before and never want to feel this pain again. Can you offer this to them? They truly do have so much love to give! 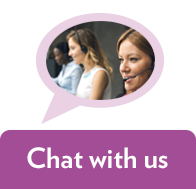